Britain has become positively Shakespearian this week. Gove plunges in the knife, Boris falls, and Theresa May pops in not to praise him. Meanwhile, it’s hard to tell if Jeremy Corbyn is acting out Macbeth or Richard III. Then there was Nigel Farage shouting in Brussels like a bad cop in one of those Angry Young Man movies, unfortunately giving a handsome, bearded, manly Scotsman right out of Jane Austen a brilliant, passionate speech–Scotland has not let you doon, he said, and please don’t let Scotland doon–that instantly made Scotland the darling of Europe while England, well, there will always be an England. That same day the president of Iceland said that now that Great Britain has left the EU it can join Iceland, Norway, Greenland and the Faroe Islands in the European Economic Area (EEA). Though actually Britain can’t because it would mean that Faroese would be able to move to England and skinheads can’t spell Faroese, let alone Kalaallit Nunaat.

I don’t think the anchors at BBC have had this much monotonal fun since the Suez Crisis. 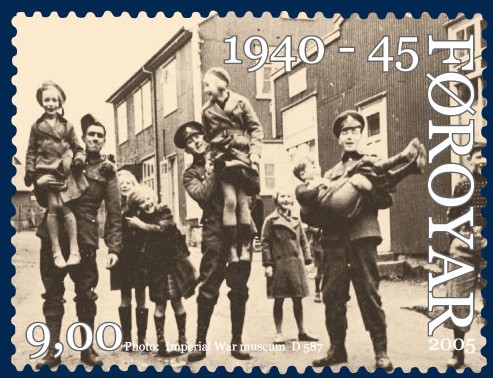 I remember in 1980 when the inconceivable happened and Reagan was elected we all assumed that made WW3 inevitable so what was the point? Any career planning went out the window and we did whatever we wanted. It seemed utterly pointless to think more than a couple years ahead when there were 55,000 H bombs […]

Sprained the fuck out of my ankle last week and since then I’ve had to buy three new outfits to match the shifting hues. The greenish yellow is challenging, especially getting a three piece suit that also works with yellowish green. It’s a shame that they don’t sell the argyle socks with matching jacket and […]

Danny Thomas’s first spit take. It’s there at the end of the bit. Though he didn’t invent the art form, Danny Thomas—Marlo’s dad—was the Jimi Hendrix of spit takes, and even if we kids didn’t get the jokes we loved his spit takes, because he was Danny Thomas, who was still on TV weekly and […]

Found this in my drafts, completely forgotten. I only found it again when one of these bits–Walking About–wound up on a tee shirt in Australia. Seems I had once spent a late evening on YouTube digging up old tunes from my past life and writing about them. They’re not for the jazzbos, most of ’em, they’re […]

However, the Julian calendar did approximate the solar year, and was not just some arbitrary sequence pulled out of Julius Caesar’s assassination. Unfortunately the rest of the post was deleted.

A beautifully limned and muscular Fascism

Finally saw The Prime of Miss Jean Brodie last night. Maggie Smith, gorgeous locations, etc. It seemed a rather nothing story about an incredibly irritating Scottish teacher and her perfect little students. La creme de la creme she called them. She worshipped beauty, art, perfection, punctuality. It began to get more interesting. A few plot twists and […]

Climate change in our fish tank

You wouldn’t think you could have a climate change caused ecological disaster in our fish tank. But last week’s heat wave was so extreme it overheated the water, killing a few of the fish as well as unseen zillions of microscopic algae. Days later they clogged the filter in a rank slimy dark mass and […]

January, 2017 Fifteen years ago, I worked for about thirty or so people, from executives on down, and I handled all their expense reports and purchases and you name it. I was so good at it that I was one of the employees that others would come to when they were stumped trying to figure […]