Russia is for the first time conceding that its officials carried out one of the biggest conspiracies in sports history: a far-reaching doping operation that implicated scores of Russian athletes, tainting not just the 2014 Winter Olympics in Sochi but also the entire Olympic movement.

Over several days of interviews here with The New York Times, Russian officials said they no longer disputed a damning set of facts that detailed a doping program with few, if any, historical precedents.

“It was an institutional conspiracy,” Anna Antseliovich, the acting director general of Russia’s national antidoping agency, said of years’ worth of cheating schemes, while emphasizing that the government’s top officials were not involved.

A lab director tampered with urine samples at the Olympics and provided cocktails of performance-enhancing drugs, corrupting some of the world’s most prestigious competitions. Members of the Federal Security Service, a successor to the K.G.B., broke into sample bottles holding urine. And a deputy sports minister for years ordered cover-ups of top athletes’ use of banned substances.

The article goes on and on, the details just as seamy, the sweep of it just as inexplicably corrupt. The Russian officials admit to an “institutional conspiracy”, but deny the government–that is, Putin–was involved. Considering just how involved he is in the Russian Olympics program, that seems a little disingenuous.

While the Olympics are is only a game, and not a war, nor a presidential election, I’ve always thought that this massive doping scheme is a perfect symbol of the Russian KGB-state kleptocracy’s complete contempt for the concept of fair play. Putin’s regime believes everything should be fixed so the Russian kleptocratic leadership wins. There is no ideology there anymore, Russian socialism is dead, it’s all about greed and power and stealing. And by the time Putin is gone and his regime runs its course, the country will be an empty husk.

But apparently Vladimir Putin is terrified of revolution. Of a repeat of Kiev in Moscow. In some ways he is more like the Shah of Iran than anybody else, robbing his nation blind while forces as yet unknown, unseen and unrealized might be stirring up, ready to suddenly explode and destroy him. Russia is a state that really could implode suddenly and without warning, as it has done twice already in the last 99 years (in 1917 and 1991). Revolutions can take centuries, far longer than a single life span, and Russia may only be halfway through what began in 1917 (twice in one year in fact, with the democratic revolution in February and the Bolshevik in October). Or the revolution of 1905, which followed the catastrophic loss to Japan in the Russo-Japanese War and brought forth the Constitution of 1906 and the beginnings of their experiment with democracy. Or maybe even when Czar Alexander II freed the serfs in 1861, or when an anarchist blew him sky high 20 years later. Wherever we set the opening, Russia’s revolution is nowhere near the final curtain. The last four have begun with mobs in the street. We can only imagine what Putin imagined when he saw the crowds in the street in 2012. The elections had been crooked as hell and hundreds of thousands of people were very angry. He set the army and police and nationalist thugs on them. That worked in 1905. It didn’t in 1917 and 1991. And it worked again in 2012. But Putin knows the pattern of Russian history this past 110 years. For every successful repression there is an unsuccessful repression. It is only a matter of time. Russian dramas have a certain inevitability, the characters trapped in events they have no control of. Sometimes it’s the plot of a story. And sometimes it’s the sweep of history. 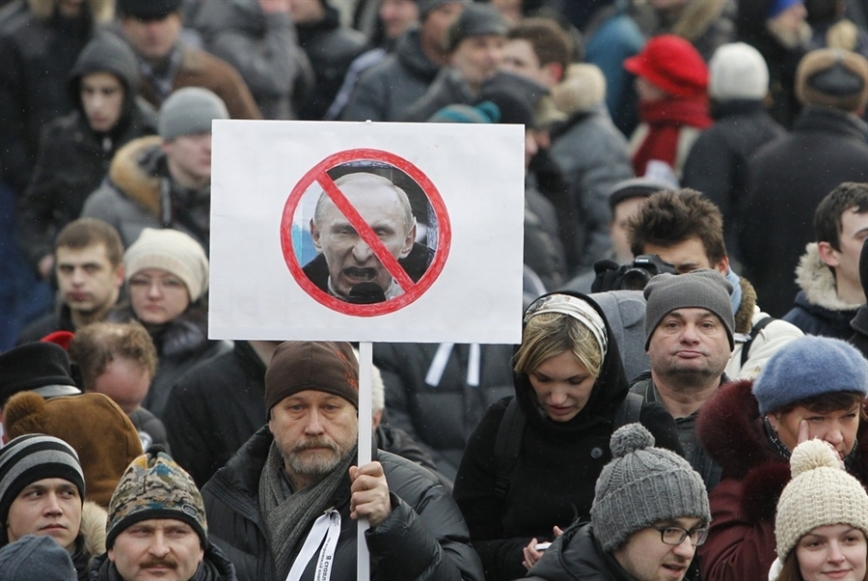 Hanging with our fellow isolating neighbor last night—he was our Thanksgiving partner too, and Christmas—drinking wine and smoking weed and after blasting some way old school punk rock like the geezers we are (Wire and the Vibrators, don’t ask) and the newer if defunct The Mallard (who are just as interesting as the articleless Mallard, […]

Hanging with our fellow isolating neighbor last night—he was our Thanksgiving partner too, and Christmas—drinking wine and smoking weed and after blasting some way old school punk rock like the geezers we are (Wire and the Vibrators, don’t ask) and the newer if defunct The Mallard (who are just as interesting as the articleless Mallard, […]

Watching The Lion in Winter on Christmas Eve

I never thought of The Lion In Winter as a Christmas movie, but it is. Well, it’s certainly set at Christmas time. Henry II inviting estranged wife Eleanor of Aquitaine over to his vast Norman castle for gift exchange and feasting and fucking in High Medieval style. He even lets her out of jail for […]

Danny Thomas’s first spit take. It’s there at the end of the bit. Though he didn’t invent the art form, Danny Thomas—Marlo’s dad—was the Jimi Hendrix of spit takes, and even if we kids didn’t get the jokes we loved his spit takes, because he was Danny Thomas, who was still on TV weekly and […]

However, the Julian calendar did approximate the solar year, and was not just some arbitrary sequence pulled out of Julius Caesar’s assassination. Unfortunately the rest of the post was deleted.

A beautifully limned and muscular Fascism

Finally saw The Prime of Miss Jean Brodie last night. Maggie Smith, gorgeous locations, etc. It seemed a rather nothing story about an incredibly irritating Scottish teacher and her perfect little students. La creme de la creme she called them. She worshipped beauty, art, perfection, punctuality. It began to get more interesting. A few plot twists and […]

I had no idea that searching for a new dish rack—dish drying rack in the trade—would open me up to an entire universe of dish rackery of all shapes, sizes, materials, and functions, none of which are even close to the old fashioned dish racks we’ve been using for decades now. At least none were […]

I remember when this thing started last spring my wife and I began isolating immediately, and I mean seriously isolating. No socializing, no shopping, never forgetting that the deadliest people in a pandemic like this are your friends and family. The maskless looney at the grocery store is a threat, but if you come down […]

January, 2017 Fifteen years ago, I worked for about thirty or so people, from executives on down, and I handled all their expense reports and purchases and you name it. I was so good at it that I was one of the employees that others would come to when they were stumped trying to figure […]