I’m getting tired of some of those on the paranoid fringe of the Bernie movement who insist that Bernie is actually winning and Hillary is only ahead because of vote fraud. Think about it: Bernie has received nearly three million fewer votes than Hillary, and Bernie can only consistently win in caucus states, which is a far less democratic way of selecting candidates. Bernie consistently loses primaries (he’s won only five of the twenty two primaries so far, but won ten out of twelve caucuses). But Bernie can’t possibly lose, so something must be wrong. Obviously, Hillary is cheating. It can only mean that Hillary’s black and Hispanic (and women’s) votes are being counted (or perhaps over counted) and Bernie’s overwhelmingly white votes are being undercounted. That could be the only possible explanation. It’s not that the majority of voters in these contests actually preferred Hillary over Bernie. No, that is inconceivable, impossible, or maybe just politically inconvenient. Especially when everybody they know on Facebook is pro Bernie, and Facebook is never wrong.

But when this fringe of Bernie supporters claim that Bernie has been cheated in every primary he has lost, they are engaging in disenfranchisement just like Republicans do when they too do not like the way blacks and Hispanics vote–they claim voter fraud. Not everybody has voted the way white people think they should vote this year. That is the real issue here. The only states these paranoid Bernie conspiracy nuts think that wide spread fraud is not happening are the extremely white states that Bernie Sanders wins. It’s ironic that some on the left are adopting the thinking of those on the right–if you can’t get those people to vote for you, scream vote fraud. Apparently white privilege is not just for Republicans anymore. 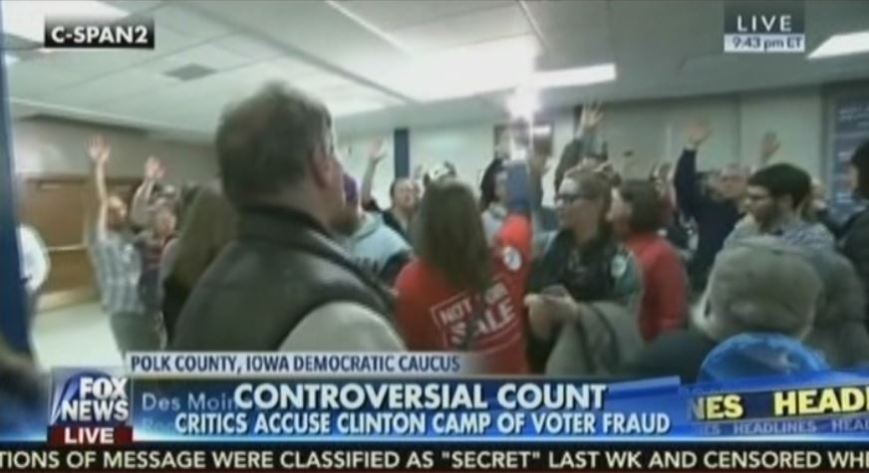 FoxNews first reported a completely bogus voter fraud claim at the Iowa caucuses. Though Media Matters exposed it as bogus, the story was believed by enough Bernie supporters to keep it alive.